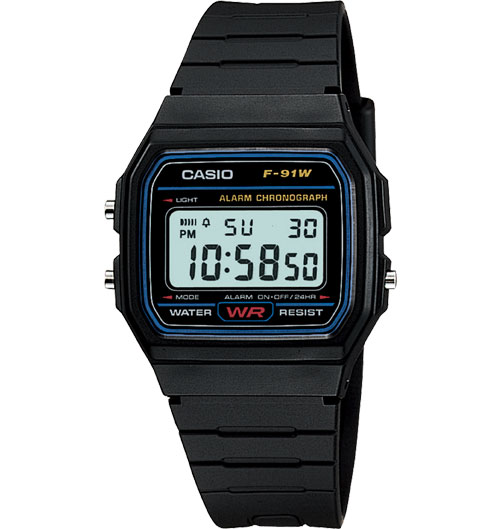 I had one of these watches!

It was my first ever digital watch. Oh how I loved thee.

There was a time I would not walk outside the house without wearing a watch, but sadly that changed in 2009 when I moved to Thailand and found that everything ran on Thai Time, and the need for a watch just didn’t seem to be so important.

Even upon moving back to Australia, I have worn a watch intermittently, and although I did give some smart watches the time of day, I have gone back to my non-watch wearing ways and have to say, I don’t really miss them. I almost ALWAYS have a phone on me and the time features prominently somewhere on the home screen.

In a search for this article I found a comparison between this watch (released in 1991) and the original iPhone 3G (2008).

Over the years I have owned both digital and analog watches (predominantly digital, of course!), but what I never knew was the dangerous connection this watch has with terrorism!

A watch, ahead of it’s time, both in features and nerdiness, it was adopted by certain groups for its ease of integration as an IED and notably a large number of terrorists with explosives training have been apprehended whilst wearing this watch.

The Casio F-91W is still being made today, but given the evil connection, I don’t know that I’d be flaunting it…

Or maybe I would.

That is, if I still wore watches.