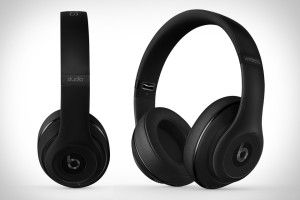 Has this ever happened to you??

It was annoying me today. I was going for a long walk and I wanted to enjoy my favourite game (Ingress—come join the resistance!), but the audio wouldn’t come to my headphones. I had to sit down and work this out.

I’d realised recently that my car was only playing Phone Audio through the bluetooth which left the phone’s media on the phone. I remember thinking at the time, “I don’t remember doing that”, but since it suited me (I don’t play phone media through my car stereo), I didn’t pursue it. In fact, I’d seen the setting before and just assumed that at one time, I must have actually changed it.

But when I check the Beats headset, it was also set to Phone Audio only.

Strange, I “forgot” the headset and repaired the two.

I then turned off the headphones and turned them back on, reconnected them and STILL no media audio.

I had initially thought it was a problem with the headset, so I’m googling Beats Wireless problems, then I thought about the phone, Samsung S5, but I was drawing a blank. Then just googling bluetooth problems generally with phone and media audio I find that I am certainly not alone!

Sure enough, I reboot the phone, reconnect the headphones and Media Audio has returned.

I then went about fixing the amount of green that had begun to pollute my area. :D