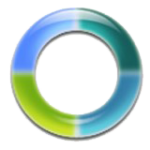 I have used Synergy before (a software based KVM—without the V), but I haven’t used it for ages. It has moved on (after a period of inactive development) and appears to have at least two forks. I’ve since re-installed it, and it was a LOT easier this time. But the screen saver wasn’t synchronising. The client laptop’s screen would never go to sleep regardless of whether it’s synergy client was connected to the synergy server or not.

After a bit of googling, I found that I had to DISABLE the synchronisation of screen savers to get it to work. They are no longer synchronised, but they each at least will activate the screen saver.